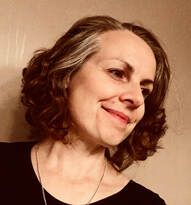 I write screenplays. Some are feature scripts - including my own and those I've written as writer-for-hire - others are short films, web series, and award-winning original TV pilot teleplays. Through my company Pangaryk Productions, Inc. and various partnerships, I've developed content for the big screen, the TV screen, and all those wee screens in between.

In addition to drama, I've written and produced documentaries and documentary series, and have story edited lifestyle and reality TV series. (Yes, these are written.)  An executive member of Women in Film and Television Vancouver (WIFTV-V), I am also a script analyst and story editor, and a screenwriting instructor at three of Vancouver's post-secondary institutions.
​